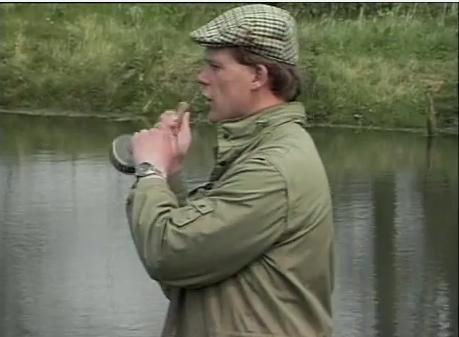 Once you have mastered the basic fly overhead cast and the roll cast the next stage in the process is to learn how to add a haul to the cast to give it extra distance. This haul can be added in the back cast or the front cast, both will give extra load and line speed to your cast. The haul is basically grabbing the fly line with your other hand and putting a small pull on the line as the rod is loading this gives it an extra kick and allows the process of performing the cast a bit more power.

If you have been trying the overhead cast up to now without a haul you will realize that you have reached a  limit as to how far you can cast the line and this is for now the maximum you will be able to cast. With extra precision on your timing this can be extended a little bit but to get further we need to add the single haul fly cast to give it more speed.

Lets take these two separate hauls in sequence. The haul in the back cast is performed as you lift the line off the water and as it reaches about 11-12 o’clock you pull down wards with your other hand the running fly line this gives the line extra speed as it flows behind you and is ready to be cast forward again as a normal forward cast. This is useful when you have the assist of the wind pushing your flies in the direction you are casting.

When performing this cast you will sometimes notice trailing loops which will cause the fly to drop and hit the fly line of the loop. This can cause knots and problems with your cast. To counteract this you need to add a bit of drift in the cast so when you perform the back cast and add the haul just as the rod reached the top of the cast let it travel a few degrees slightly behind you to unload the power in the rod so the line is not over powered.

Its a game of trial and error when testing this out as to how much of a haul you can put in without overpowering the rod. Many anglers are all about the power and try to over do it too much. It is actually much better to add only a slight bit of power as the timing and flex of the rod will perform the cast naturally for you anyway.

I see too many anglers trying to hit the far side of the lake by putting too much power into a cast and get their leader smashed up in knots. This is time consuming and wasteful and doesn’t need to happen. You are much better to fish the water directly in front of you than try too far. You will have more control of your flies and your catch rate will increase because of that.

Single haul in the front cast is as the overhead cast but as you raise the rod in the back cast you need to lift your other hand which is holding the fly line up together with the rod hand so as you begin to push the rod forward you give a small tug on the line downwards. This again adds extra speed to the fly line and allows it to be pushed out further into the cast. This is especially good when you are casting into a head wind and struggling to get your flies out any distance.

[button link=”https://chuckingfluff.com/rio-modern-spey-casting-dvd-review/” type=”big” color=”red”] Want to be a better Caster?[/button]