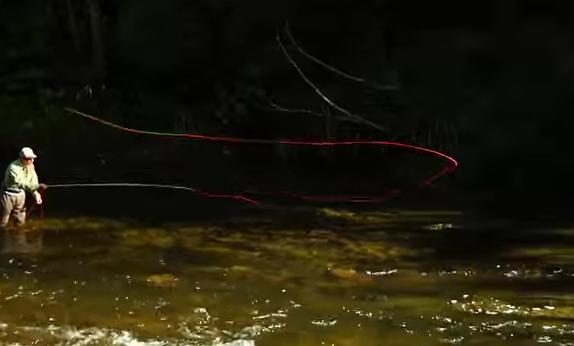 Once you have gotten used to the basic overhead fly fishing cast the next one to work on is the roll cast. The roll cast has been a favorite of river anglers for many years as it allows you to cast out your flies without the need to perform the backward cast before hand. This means in a river with a lot of bankside vegetation you still have the ability to cast flies to trout or other fish.

The roll cast is basically the forward portion of the overhead cast with a side forming D loop before hand. The D loop is what loads the rod for the forward cast to take the flies back out onto the water. 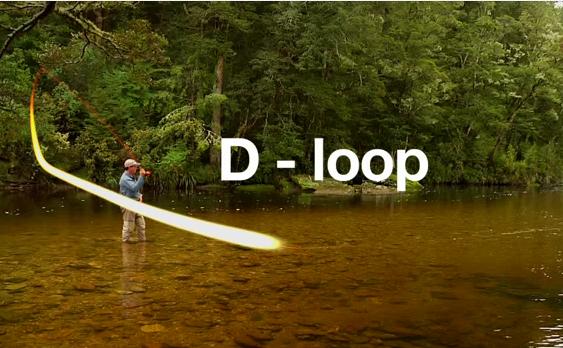 To perform this cast you need a decent middle to long bellied line or a double taper fly line. These are thick in the loading portion of the front end but long enough to give you enough load on the rod. You cannot perform this cast with a shooting head, skagit line or other short head lines as the section performing the D loop is too thin and doesn’t carry the energy needed to carry the cast out into the river.

OK so now to the stages of the cast.

As normal you will expect the flies to be out in front of you in the water. From here you need to lift the rod and swing your arm beside you as you would have been performing the overhead cast except you do this with less speed so you don’t lift the whole line off the water. What you want is the portion from the rod tip and the next 15ft or so to be forming a loop beside you with the rest of the line still in front of you still in the water.

This loop was given the name of D loop as the shape created looks like a D. From here as the loop has just formed you need to accelerate your cast in front of you as performing the overhead cast bringing the rod to a complete stop so the fly line is whipped in front to you for the cast. If you perform it correctly you will see the fly line roll out in front of you across the water to throw the fly back into the water. This is where the cast gets its name as the roll is very easy to see.

The roll cast is the basics for all other spey casting techniques and once you have mastered it you can progress onto snake rolls, single spey double spey snap T’s and such. These casts all have merit for getting you to change direction in a cast or get you out of trouble but knowing how to perform the roll cast effectively is a must to be able to progress onto the more advanced casting techniques.

Here is a short video from Bumcast

Tags:fly fishing casting, How to fly fish, how to trout fish, Learn to Fly Fish