Tag: how to trout fish 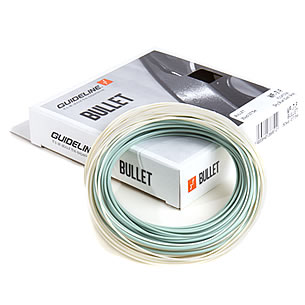 Fly fishing on a still water is a lot different to fishing a river as the water in front of you is usually fairly motionless. On a river the flow of the river allows tension to be kept on the fly line to allow for easier casting. On a still water or lake this can
Read More

Can Stock Photo River fly fishing is completely different from lake, lough or other Stillwater fly fishing. The main difference is the fact that in river fishing you have to deal with the flow of the river as Stillwater as its name dictates is pretty motionless. There is the possibility of underwater currents and wind
Read More

Can Stock Photo As a beginner there are loads of things you need to learn to become a better fly angler. Apart from the initial setting up of your fly rod there are a list of things to consider to make your learning a bit smoother. After all what we want to do is catch
Read More

Have you ever tried fishing with a shooting head fly line? It is different from normal weight forward fly casting in that there is extra weight set to the front on the line making it so the fly rod is already loaded and flexed without even having to put power into it. This extra weight
Read More

How good are you at fly casting? Can you control your fly line and land you flies on a 1 foot target consistently. Can you change direction and cast to both left and right easily? If yes then congratulations you are a proficient fly caster and will have seen a marked increase in takes from trout and
Read More

What is the switch fly cast? The switch cast  is somewhere in between the roll cast and single spey cast. It is believed by some that this is a new cast but fly anglers have been performing it for hundreds of years. Its just become more prominent now as fishing suppliers have been targeting new
Read More

Have you gone to your favorite beat on a river to find the wind is howling downstream the direction you were intending to fish and realized you cannot fish that banking as you only know the overhead cast or single spey cast. Only knowing them means that would put you in danger from your
Read More

When we mention the word spey anglers are immediately put into a different world when only gentlemen fly fished on the great rivers of Scotland namely the Dee, Tay and the Spey where the cast was originally developed. They would think of 15ft double handed Salmon fly rods and large rivers for targeting large Atlantic
Read More

Ever stood on a platform fishing for trout and with your cast directly out in front of you a trout shows to your left or right? As a beginner you only know the overhead cast so you can’t directly cast to it so you have to retrieve the fly line in by hand and start
Read More