Berkley Fishing Company has a passion for angling like you do. It is one of the leading tackle companies worldwide. There is no doubt that its dedication to anglers is what steers it to offer an array of reliable and innovative fly fishing solutions.

Developed by anglers for anglers, the company makes fly fishing fun in all ways. As part of their solutions to fly fishing in cold weather, the manufacturers have the Berkley Fly Fishing Gloves.

Our full review on cold weather gloves for fly fishing has this pair as the best full-fingered gloves for the sport. There is so much that was put into consideration before settling on this choice.

Affordability, durability, simplicity, performance, and customer feedback from previous users are a few factors that drew our attention to it. 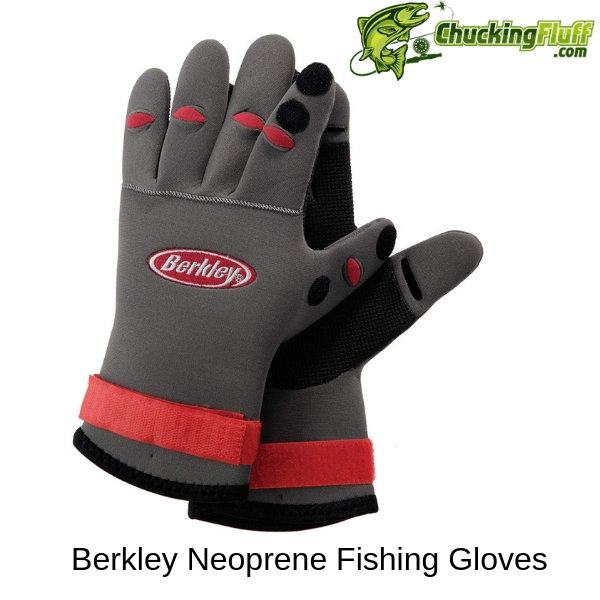 END_OF_DOCUMENT_TOKEN_TO_BE_REPLACED

‘’Among my pet hates on fly fishing is despite how much I wrap up in the cold, i.e. fleece jackets, warm socks, hats, etc., there is something I fail in wrapping effectively-my hands,’’ grumbled Luke who looked very devastated. He probably hasn’t heard of the Simms Kispiox Glove.

Many times most anglers have had the enjoyment of their fishing experiences wasted away by frozen and wet hands. Often, it takes such fishermen or women eternity to either draw their lines or thread flies onto their leaders. Most of them complain of having tried various options in vain. Using special types of gloves, hand warmers, rubbing hands to regenerate heat but there were so many faults. No worries. There is a solution to all these here.

The Kispiox is a common name on the shores and river banks. If you’ve heard it, it isn’t a special type of fish or fly. It is a high-quality pair of gloves from one of the reputable manufacturers and suppliers of fishing equipment and gear. Drop by the shores a couple of times this season or the next cold or rainy season and clear your doubts.

Sunshine can sometimes quickly change into sleet and later very heavy and cold driving rain. They look heavy like industrial gloves. They aren’t. Weighing only 3.2 oz., they are light, warm and totally waterproof. They aren’t bulky and cumbersome. The wearer can easily cast and draw their fly line in various retrieval rates even in figures of eight relatively well. 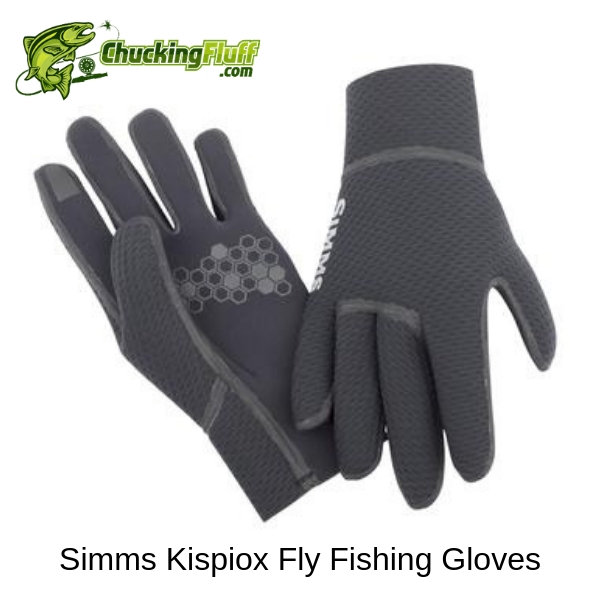 END_OF_DOCUMENT_TOKEN_TO_BE_REPLACED

Since 1983, SeaKnight Company has gained trust and confidence through dedicated customer service. Starting u as a mere workshop hoping to scale the industry and be a big enterprise, this is a company that has stood the test of time and set itself apart from its competition.

Almost all angling solutions are found here from high-quality gear like the Neoprene Outdoor 3-Cut Finger Design Fishing Gloves to fly fishing equipment at affordable prices. Based on persistence, innovation, and challenge, the manufacturers look forward and live up to high expectations for the best quality and durable fishing gear.

Any technological innovation you learn of under the SeaKnight brad is courtesy of R & D personnel, able and professional fishermen and women. Before any product is released to the market for sale, it undergoes rigorous field or lab tests. The outdoor tests bring steady technical improvements and upgrades to ensure each angler gets the best experience. As you go for any challenge on water, SeaKnight will always accompany you. 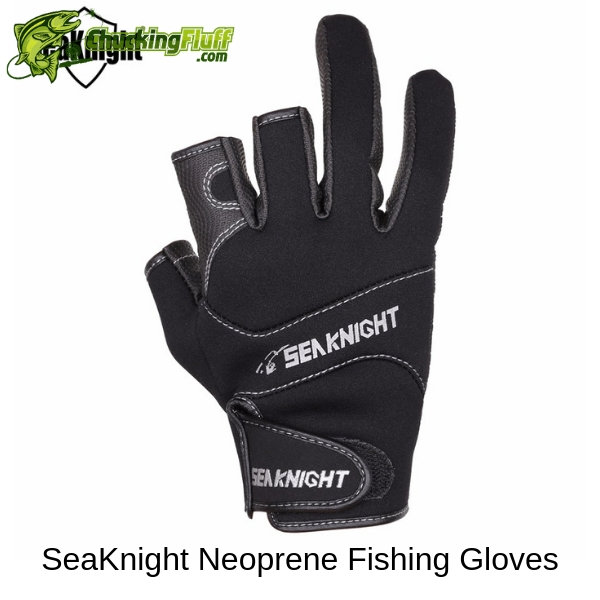 END_OF_DOCUMENT_TOKEN_TO_BE_REPLACED

Simms has one of the largest collection of foul weather gloves in the fishing tackle industry. You must have seen their Simms Outdry Shell Glove. It has its sister the Simms Outdry Insulated Glove that has a few features like the Shell Glove.

Simms has a unique choice of material for different gloves ranging from fleece, wool, Gore-Tex to Windstopper and neoprene. Along with several options like the fold-over mitt and a wide range of sizes, there is a guarantee of continuous warmth, comfort and dryness even as you fish through Mother Nature’s worst elements.

Different weather conditions need different fishing gear. Gloves are a necessity in almost all seasons but are a MUST have in cold weather. Cool days go well with wool half-finger designs. As the storms hit in the early months of the year, neoprene gloves will save the days as you row and handle a big musky. Windy and cold days can be unbearable if you go out unprotected. The Gore-Tex and Windstopper are the perfect choices for such days. Fleece keeps your hands warm when damp especially where wool won’t. 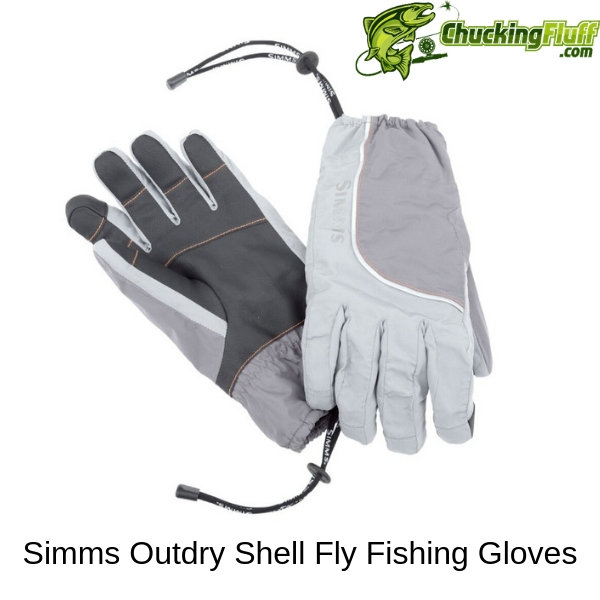 END_OF_DOCUMENT_TOKEN_TO_BE_REPLACED

If you enjoy outdoor sports including fishing, read on to be relieved of the burden of having a bin full of specialty gloves. Have you thought how much you’d spend on each pair for biking, running, walking, fly fishing, hiking, shooting, and photography?

That would be your savings for two or three months if you were to purchase from the highest price range. Save yourself the stress. Palmyth Neoprene Flexible Fishing Gloves for Men and Women is the surest life-saving pair you need for all outdoor sports. As an all-rounder pair, it plays its protective part excellently. Fly fishing is a heat isolation task and for you to have seamless fun when it is freezing, you need them.

Palmyth never fails in its motive to satisfy customers who have a thing for outdoor activities. One of the vital aspects the manufacturer takes into account when designing and manufacturing gloves is the material. High-quality material is key. If it is poor, it doesn’t matter how good the design or aesthetics are.

The Palmyth Flexible gloves have the palm area reinforced with synthetic leather to protect your palm area from cuts and other injuries as you pull the line or handle fish. Grip is necessary when holding your fishing rod. The leather adds grip even when wet. The plush fleece backing is to keep you warm even on the coldest days. 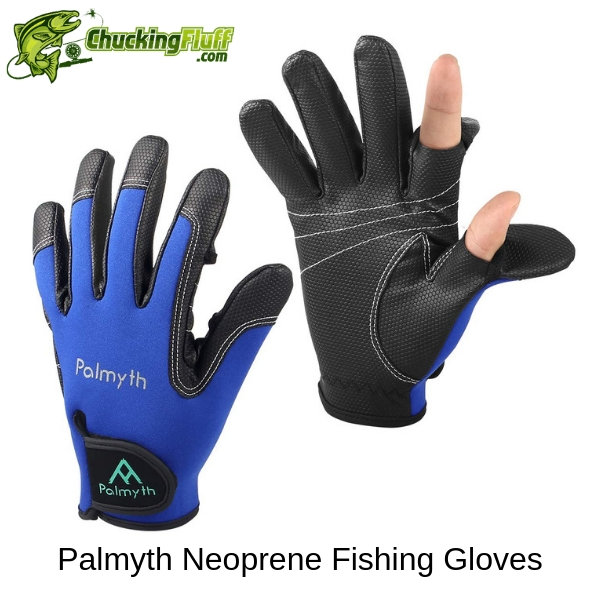 END_OF_DOCUMENT_TOKEN_TO_BE_REPLACED

Do you love going out for fly fishing? But you don’t wear gloves, even the simple mittens. Your hands must have been freezing the last few times you have gone out on the water in cold weather. Lines plunging straight into your casting finger is also a common problem you have faced. Ouch, it hurts! So? You need them ALWAYS when angling in low temperatures.

How about you spared a few bucks to get yourself the cool, new Orvis Soft Shell Fingerless Design Gloves? It would save you a great deal. Gloves, since ages, haven’t been a norm in angling but are certainly very beneficial. It doesn’t matter the kind of fishing you do.

Orvis is an all-round fishing tackle company. Forget about its popularity in the manufacture of fly fishing equipment. The company is at the forefront in bulk production of angling clothing and apparel. From wading jackets, shirts, vests, to waders, boots, and now gloves for almost all seasons.

If you have been fly fishing for a few years now, you know that this 160-year-old company never disappoints. NEVER! This is clear in the practicality of the Soft Shell Fingerless gloves. Orvis calls it fingerless because it has a 3-cut finger design. 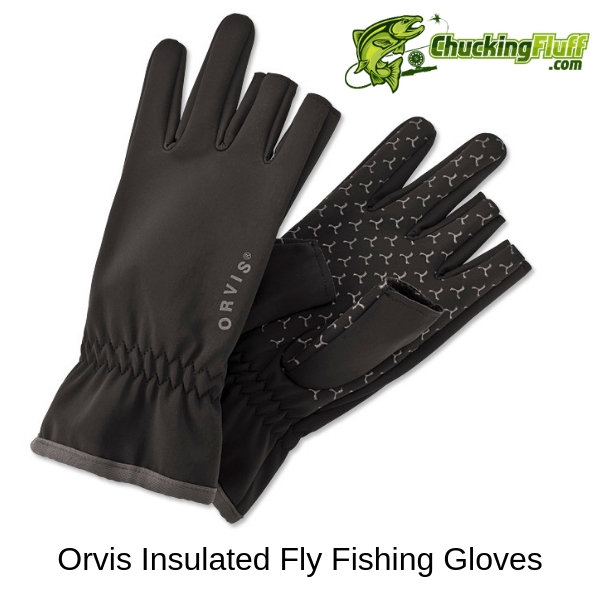