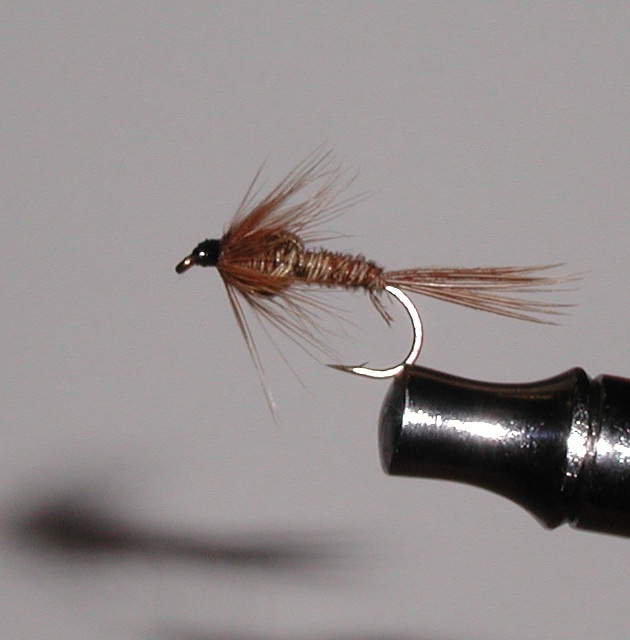 Of the many trout fly categories available nymphs are one of my favorites. They come in many shapes, styles and colors but they are mostly fished as a wet fly sinking the nymph down to the feeding fish.

Nymphs are used to mimic the natural waterborne nymph creatures that are available to trout in rivers and lakes. Nymphs usually resemble the water bound stage of a flying insect like mayflies and can be found in the water for up to 2 years.

These nymphs like stone flies and mayfly nymphs hide under stones and scoot around near the river or lake bed. Then when the time comes to hatch they form cocoons and transform into winged creatures.

They then take to the air and do their respective mating dance before dying and the cycle continues year on year. This transformation normally happens just under or out of the water like on a stalk of vegetation.

Some of the main groups of nymph are burrowers, silt crawlers, stone clingers, moss creepers, labored swimmers and agile darters as defined by Oliver Kite.

As you would tell from this there are many nymph patterns for trout that resemble these in varying stages of development including patterns like the pheasant tail nymph, the hare’s ear nymph, the damsel nymph and other variations.

What type of head, gold?

Nymphs have developed into gold head and bead headed patterns which add extra weight to the fly to take it down deep quickly. There are now also lead bodied and copper wired bodied patterns again to aid the pattern to sink quickly to be fished close or bouncing along the bottom of the river.

As with all retrieving methods its good to alter the stroke length and time to produce different movement in the lure. As no two days are the same its best to change your retrieve often to induce more takes from the trout.

Some of the patterns I use regularly are the March Brown, Corixa, Damsel, Pheasant Tail, Gold Ribbed Hares Ear and Montana’s to name a few. There are of course a large number of patterns to choose from but I find having these in my box is enough to induce takes on most waters.