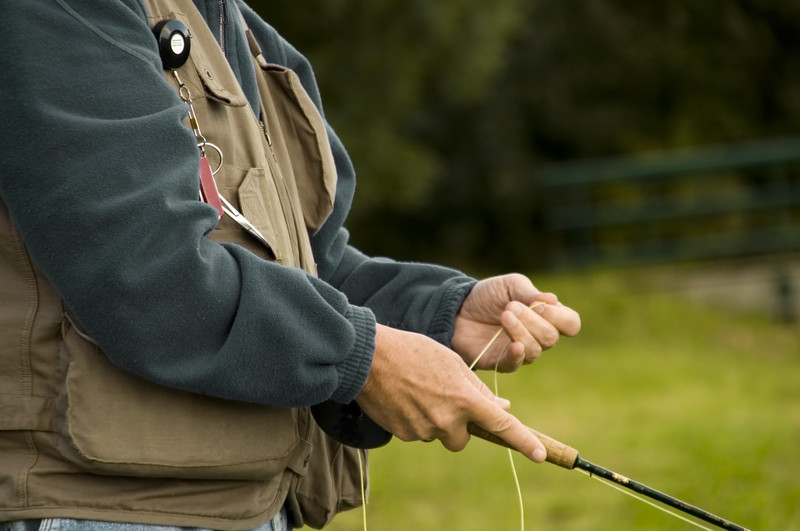 When we mention the word spey anglers are immediately put into a different world when only gentlemen fly fished on the great rivers of Scotland namely the Dee, Tay and the Spey where the cast was originally developed. They would think of 15ft double handed Salmon fly rods and large rivers for targeting large Atlantic Salmon.

Well that was all but true a few hundred years ago but today the single spey fly cast is used on many waterways all over the world and with many rod types and lines. In fact the single spey fly cast is a very versatile cast which can get you out of trouble when fly fishing in a river that is overgrown with bankside vegetation.  The single spey is a cast to allow you to bring your flies from the downstream dangle up to a 45 degree angle out into the current for the next fishing cast in a river.

Lets look at the three phases that make up the spey cast and learn how to perform the cast with a single handed trout rod.

Phase one the lift.

This phase is very similar to the lift on the roll fly cast as you lift the fly line off the water. You need only lift the line to about 30 degrees so the rod tip is level with the top of your head or slightly higher. What you don’t want to do it raise it too high as you will bring too much line in from the water which is required to make the cast energized.

Once we have the line lifted we want to sweep it around to your right side (for a right handed angler) putting a bit more effort into the sweep to push the line into a deep D-loop to your right. The bigger the D-loop the more line you will be able to cast in the forward phase but for now lets just concentrate on getting the loop formed. To help do this we want to turn our upper body about 20-30 degrees to the right keeping our shoulders and arms relaxed as we bring the rod tip down and around.

As we are forming the D-loop to our right we immediately begin to cast our line back out into the water with the forward cast accelerating all the time to the complete stop. As we do this we raise our hands slightly to help kick the line in the forward casting loop.

1) Lift slow then accelerate continuously to the stop

2) Try to keep tension in the line at all times, if it slackens you have slowed down

3) Aim for your anchor to be on your right in line for your forward cast and not to skip or move.

4) Focus on committing to the cast don’t hesitate

Here is a great video from Guideline Fly Fishing showing how easy the spey cast can be with the addition of a single or double haul you can get some great distances. Check out the cast at the 1 minute 22 seconds that in essence is the spey cast in one motion.